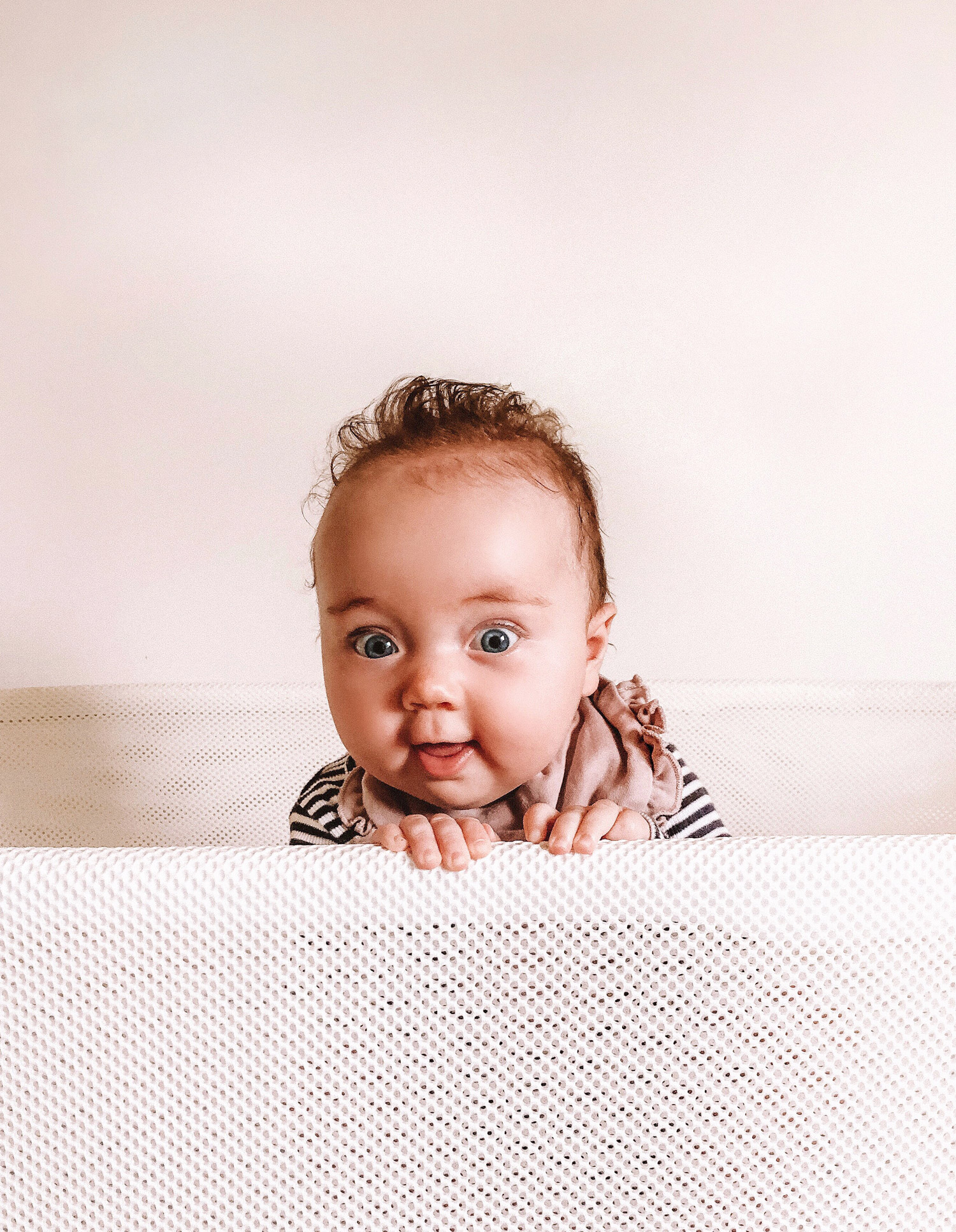 Summer is in full swing, and Rose is turning four months old. All family festivities are done and dusted, and I must say, it feels pretty empty around here…

“Empty” is not to be confused with “quiet”, because here we are, looking after a just-turned fourth month old and two other kids full time. Life is pretty full on, with a hardworking hubby, school drop offs, lunch boxes and school pick ups, plus shopping, washing, cooking, a little bit of freelance work, a dog and a four month old baby.

I want to start this post by taking my hat off to any single mummas. Holy hell, you guys are real-life superhero’s. To even be feeling mildly overwhelmed by all this makes me feel like a fool, when I know that there are a million and one mothers doing this ten times over — all on their own. Honestly, you deserve a medal and the rest, and I hope that you know that you’re doing a wonderful job. Don’t let anyone tell you otherwise, and if they do, give me a call — and I’ll set them straight.

Motherhood is a juggle. This is something I’ve heard from mothers, and my own mother, for years, but never really understood until now. You’re the clown at the circus juggling (trying to juggle) three balls, with crazy hair and a painted-on smiling face (but you’re really crying, underneath it all). The balls are falling to the ground but you’re jumping up and down, waving your hands, “smiling”, pretending everything’s OK…

I hope you’ve gathered my sense of humour by now — while it’s not that bad, I will say that trying to balance a full-on family life with your own time, is hard work. This month really had been that for me — being back on deck and “back to reality” with a lot of things, it was absolutely a time of systems and processes to get implemented, and finding a rhythm that works for your and your fam-bam.

I’m going to come right out and say it, that this babe has become a lot more demanding at the four month mark. But I can see that it’s all for good reason — she wants to learn, explore, understand and feel the world around her. As she can’t facilitate that for herself yet, she expects me to, and plopping her down next to me with some toys whilst I’m trying to work, just won’t cut it any more.

She has just started paying proper attention to the dog, whom she finds fascinating. She follows him with her gaze, around the room, and looks at him curiously when he’s chasing a ball, scratching himself or sniffing the floor. I have a feeling they’re going to be good friends.

The weekly day-to-day tasks have become routine for her now, but I’m finding myself with little to no time to myself, trying to look after the other kids, as well as the house hold. She’s a trooper in the sense that she’s taken to the new routine of waking up and entertaining herself while I cook everyone breakfast, and then (after a few tears) has found a happy place in the hour drive to and from school in the morning. After her mid-morning nap I find that she is now getting bored easily, so going to walks or getting errands done seems to be something she likes being a part of, and as she’s been great with routine so far, if we’re out and about during her “nap time”, she will most likely doze off in the car, the pram or when she’s on me in the carrier.

Teething is in full swing also, and though there are no sings of any choppers just yet, she’s started drooling like a machine, and has her hands in her mouth constantly. I’ve read that this can be the way for months, before teeth actually start to appear. We haven’t taken to any Panadol yet, as she seems to mainly be in discomfort rather than pain.

She loves trying to stand up when you’re holding her, and she’s also become a little chatter box. It’s an awesome process to watch, she gets frustrated when her legs give way, and she’ll keep chatting to herself if you tune out — her mind is developing all the time, even when you’re not watching.

I’m going to be one hundred percent honest here, and say that I feel a little run off my feet.

Thank goodness for mother’s groups, great friends, and family. I’m not sure where I would be without them. If you find yourself stumbling a little too — giving yourself the room to talk about it will make the world of difference. Those of you who know me, will roll your eyes and know that I rarely take my own advice, but in this case, I have. So don’t be brave if you feel you need a break. It’s OK to want 20 minutes to yourself sometimes. Remember, it’s as much for your own good as it is for your babe, they need you to be well.

I’m still trying to make the gym 3-4 times a week, and we take walks almost daily. I really feel that this is making a huge difference to my mental wellbeing, but equally, I won’t beat myself up if I don’t make it that day.

Naps are shorter and less frequent, and the demand for attention is stronger every day. It’s not a “needy” kind of attention, but more of a cry to help her learn, explore and discover. I love that about her, but it can be exhausting. I guess the answer is to make sure you give the little one the time they need, but also make sure you have time for yourself.

I have my own “switch off time” when she goes down at 8pm — it’s an hour of holy time. A glass of wine. A hot shower. A bit of a book. It keeps me sane.

She’s apparently meant to hot a “sleep regression” at this stage, but we haven’t seen any of it. I guess every baby is different, and I think we also have a great help from the Snoo.